Why Recycling Styrofoam and EPS is Your Best Bet 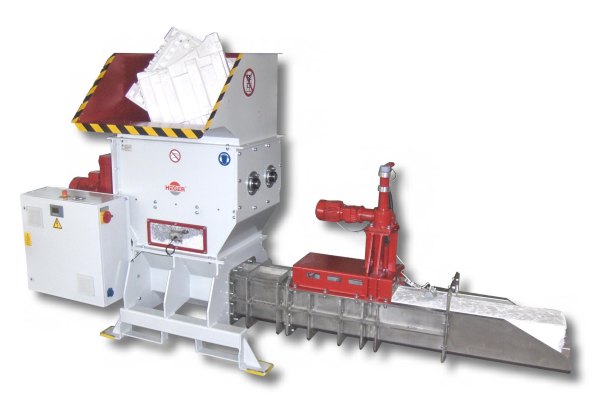 Why Recycling Styrofoam and EPS is Your Best Bet

PlasticsToday posted an article a while ago that pointed out two important facts about expanded polystyrene, also known as EPS or Styrofoam, its trademarked form. The first thing they pointed out is that EPS packaging is recyclable. The second point was that it's a small component in our landfills and solid waste stream. While this article was written years ago, recent numbers related to the recyclability of EPS help support these points. In 2018, more than 113 million pounds of EPS were recycled in this country. EPS also makes up less than 1% of the total municipal solid waste stream by weight and volume. That's quite encouraging given the fact that EPS has been considered the misfit child of the recycling world by many.

Where Did All of This EPS and Styrofoam Come From?

Polystyrene was discovered in 1839 by German apothecary, Eduard Simon. He actually didn't realize what he found when he isolated it from natural resin. Eighty years later, Hermann Staudinger, an organic chemist, figured out that Simon had actually discovered a plastic polymer. Staudinger eventually won the Nobel Prize for Chemistry for all of his polystyrene-related research. In the 1930s, scientists at BASF discovered a way to produce polystyrene commercially. Towards the end of that decade, the Dow Chemical Company introduced products that were made with polystyrene to the United States.

Styrofoam was invented by Otis Ray McIntire and patented in 1944. McIntyre was a scientist for Dow. His career there started during World War II when rubber supplies were short. McIntire was determined to create a rubber-like material that could be utilized for insulation purposes. He accidentally created foam polystyrene when he combined styrene and isobutylene. The result of the combination was a foam that was 30 times lighter and more flexible than polystyrene in its solid form. It was also inexpensive to make.

Fast forward to now. In the global EPS market was estimated at 6.62 million tons not too long ago. North America was responsible for 10.1% of the global volume share. The demand for EPS or Styrofoam is expected to grow given the material has proved to be very useful in the construction industry.

How to Overcome EPS and Styrofoam Recycling Challenges

While many municipalities and recycling centers do not accept Styrofoam or EPS packaging, that doesn't mean that these materials aren't sustainable. These places might not have the right foam compacting equipment needed to convert these light, bulky materials into a densified form for economical shipping.  If your business has been considering  EPS machinery for recycling, know that densified EPS materials are in demand from recycling companies. The

revenue from material sales can even offset the cost of an EPS recycling compactor.

If your local recycling company doesn't accept EPS or Styrofoam, you can take the next step by purchasing the right equipment for your company. If you're ready to get more information about equipment to densify EPS & Styrofoam for recycling, we would be happy to help. Contact us today to learn more about our Heger foam recycling equipment and more.

How We Recycle Polystyrene in the U.S.: A Look at the Most Recent Numbers

HOW WE RECYCLE POLYSTYRENE IN THE U.S.: A LOOK AT THE MOST RECENT NUMBERS

About nine years ago, we took a look at The Alliance of Foam Packaging Recyclers' (AFPR) 2010 U.S. EPS Recycling Report and shared a few key insights on our blog. Back then, we saw a considerable increase in EPS recycling despite the fact that less EPS was sold during this timeframe. In 2010, about 40 million pounds of EPS was recycled by consumers in the U.S. This was a significant increase from the two million pounds that was recycled in 1990 and 25 million pounds recycled in 2000. This increase is believed to go hand-in-hand with the development of more innovative and sustainable programs for EPS recycling.

How Much Scrap Foam Do I Have?

HOW MUCH SCRAP FOAM DO I HAVE?

One of the problems many people have when considering a foam scrap compactor or densifier is how much waste they have. Foam packaging blocks and colored styrofoam sheets are very lightweight and can be very bulky. With these materials, what appears to be an immense quantity isn't a substantial amount at all. Typical polystyrene foam packaging and insulation is usually in the density range of 1 to 2 pounds per cubic foot.  What this means is if you have a 12-inch x 12-inch x 12-inch cube of solid foam, it would weigh between 1 and 2 pounds. Since most packaging foam is not used in a solid block form but is molded into relatively thin designs to protect products, several cubic feet of polystyrene or polyethylene packaging foam may be required to equal a pound of foam.

Expandable polystyrene (EPS) and other industrial Styrofoam are 98% air which makes them very bulky in comparison to their weight. Because of the high volume, products made with these materials fill dumpsters quickly, leading to much higher waste disposal costs.

There is a misconception that Styrofoam TM (Expandable PolyStyrene or EPS) is not recyclable and that is wrong.  EPS recycling is growing stronger every day.  Styrofoam TM or EPS is the number "6" recycling plastic and it must be reduced or compacted to make it feasible to ship to a plastics recycler.  It has become a coveted raw material for recyclers and they are discovering a wide range of markets for it.